Tell Your Tale in the World of Xadia

Tales of Xadia takes you into The Dragon Prince world of Xadia, where Ezran, Rayla, Callum, and Viren come to life! There, you can forge alliances, uncover secrets, engage in mighty battles, and protect those you love from peril and prophecy! With the help of our free digital tools, you and your friends can create your own characters and stories within the world of the groundbreaking Netflix animated series.

Start Your JourneyExplore the Tools In partnership with Wonderstorm, Tales of Xadia ushers you into the official world of The Dragon Prince. Discover new lore from The Dragon Prince, including magic spells, legends of the human kingdoms, newly revealed dragon species, and more! The free digital toolset includes a playable canon adventure set in Lux Aurea just days after the events of the third season of The Dragon Prince.

Discover the Custom ToolsTell Your Story with the Book Focus on the Game

Tales of Xadia leverages the award-winning Cortex game system to bring The Dragon Prince to your table. Our continually expanding toolset allows players to create characters, manage their dice pools, and keep track of character information to speed up play—for free! In addition, Narrators, can access the session-tracking tools, handbook, and other resources, allowing them to focus on the fun!

Launch the ToolsGet The Handbook Uncover new content (and new friends!) with our Community hub! Join the Cortex Discord and share your Tales of Xadia characters, catalysts, and homemade tales. It's your home to discuss new stories, consequences, and continuity with a shared game compendium. Schedule sessions, manage groups, and unlock exclusive content in our organized play program. You can even invite people to join your group and start playing right away, from anywhere with an internet connection!

Sign up to receive exclusive game materials and insider info about Tales of Xadia. 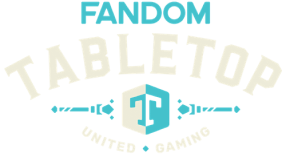 Tales of Xadia: The Dragon Prince Roleplaying Game is produced by

, inc. under licence from